The Music Scene of Ann Arbor 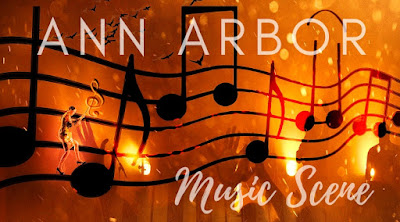 Ann Arbor is an artistic city, and that includes a lively local music scene. There are venues all over the city, featuring music of all genres, from folk to hip hop, jazz to punk. Most showcase new musicians, though some venues also book big name acts that you may be able to enjoy during your trip to Ann Arbor. They may even be your reason for visiting Ann Arbor. While you’re here, make sure to check out some of these venues to delve into the local music scene further. You might just find some new favorite bands while you’re at it.

The Blind Pig is by far Ann Arbor’s most famous music venue, with shows just about every night. They’ve been open since the 70s, where they were not just a nightclub but a cafe. Some of the bands that played at the Blind Pig in their early days went on to be legends in the rock or punk world, like Smashing Pumpkins, Nirvana, and REM. In fact, in an interview with MTV, Nirvana cited the Blind Pig as their favorite venue, which garnered plenty of attention to this college town nightclub. Today they feature mostly local and startup musical acts, typically rock, punk, or hip-hop, but they also book bigger acts that draw crowds from all over.

Located in nearby Ypsilanti, Grove Studios is the perfect place for musicians as well as music lovers. It is primarily a self-service rehearsal space with 24/7 access. You can practice for a big act, write new songs, or just jam with your friends. They also allow you to store your equipment with them, so you don’t have to worry about the laborious process of moving equipment back and forth. They also offer workshops and showcases and have many live events where music lovers can hear for themselves the work that began in their studios or beyond. Check out their Facebook page for upcoming events.

You might step in for a brew, but what you’ll find almost as soon as you step inside this downtown bar is the sound of jazz permeating the room. Music is a big part of the culture at Ann Arbor Distilling Co., both jazz and indie sounds from local bands as well as bands passing through. They have a house band as well as a Tiny Concert Series where you can find something new. This is a lesser known venue than the others, but worth checking out.

From the outside, this might look like any other house. It’s painted a cheerful yellow, with a red door, and sits at 415 N 4th Avenue fairly inconspicuously. But Kerrytown Concert House is so much more than that. This 19th century home was renovated in more recent years to serve as not just a music venue but a home to theatre and even art exhibits. Most of their shows lean classical, with some jazz and cabaret making it a must-see for musical theatre lovers. However, they try to keep their offerings diverse, so even if that’s not typically your style, you might find something that suits you here.

The question then is where should you stay when checking out all these musical acts, and the answer is University Inn of Ann Arbor. Don’t forget, when you book direct with us, we offer a 10% discount to parents and students visiting the university, as well as parents of both UM and Eastern Michigan University athletes. Contact us today for more information.

Posted by The University Inn Ann Arbor at 8:04 AM No comments: